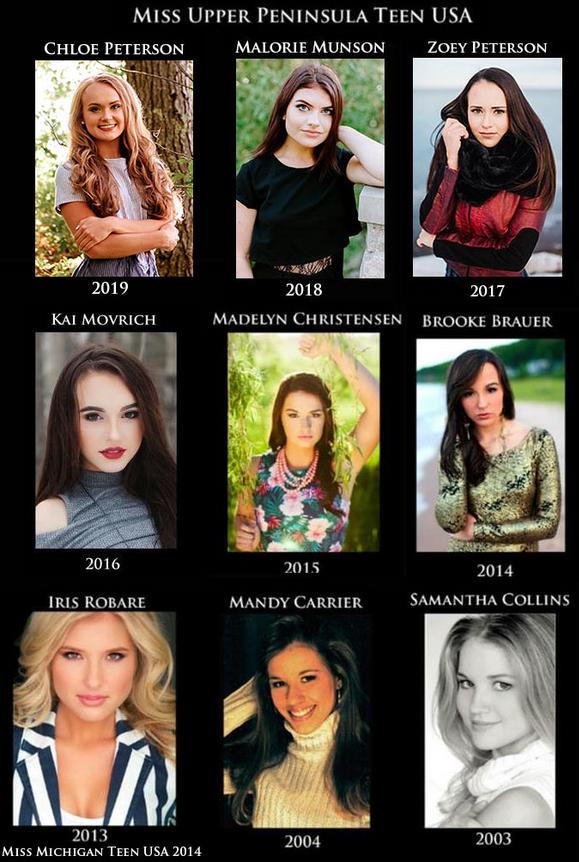 Keepers Of The Crown

Keepers of The Crown

Abigail currently attends ​Escanaba Area High School where she plays Volleyball & has also numerously been on the Honor Roll, received the 2018 Track Most Valuable Player Award & 2017 Track Coach's Award, as well as the 2018 Volleyball Coach's Award, and won the My Hero Essay Award.

​With Family being  what Abigail feels is most important to her, she sees her older sister to be her biggest role model due to her strength & kindness.

Abigail's biggest goal for her year as Miss Upper Peninsula Teen USA is to spread awareness of epilepsy, she, herself has learned from her personal experiences with having epilepsy & has become a Michigan Representative for passing the Seizure in Smart Schools Act which has a focus on making staff members in schools educated on how to react should a student have a seizure while at school.

Abby describes herself as thoughtful, determined, & corky & hopes to work throughout her year to help herself become a better empowered young woman & thus encourage others to do the same.​ Abby also feels it is important to look up to those who have strength in themselves, and even when the odds are against them, focus to stay on top.